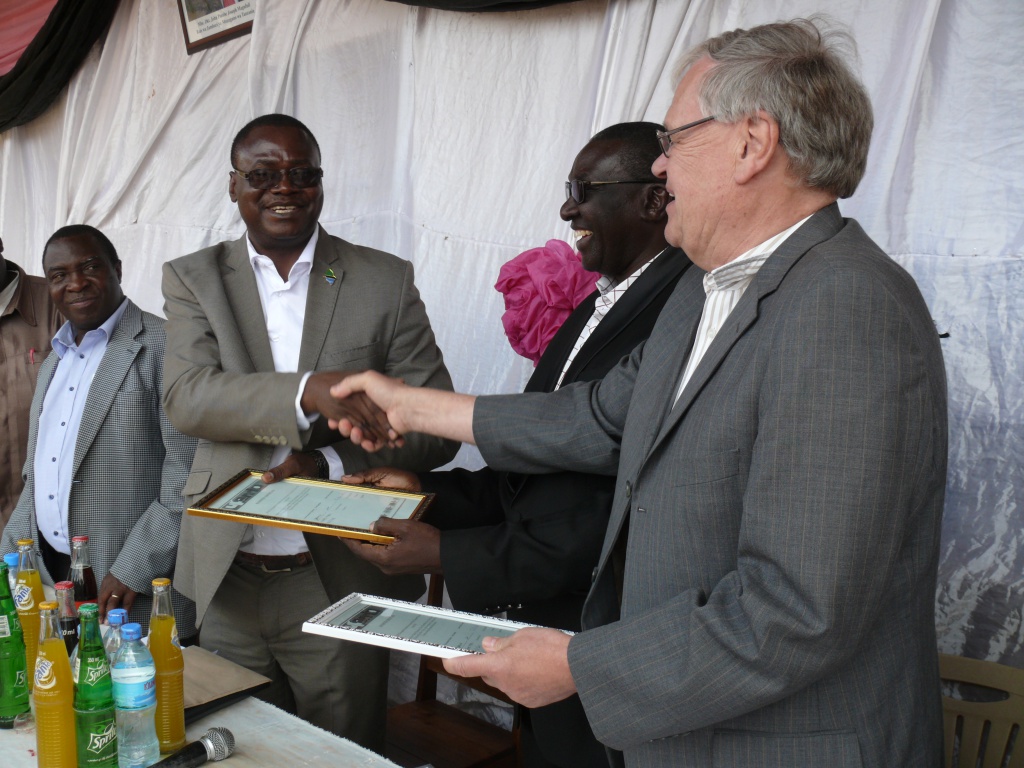 The last project trips to Tanzania have once again shown us how much upendo and the Tanzanian partner organization ECLAT has already achieved and made a difference in recent years. In this information letter we briefly report on the most important events of August.

Visit to the Prime Minister 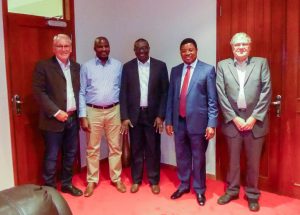 The work of ECLAT has attracted attention and recognition up to the highest levels of the government. For example, Prime Minister Kazim Majaliwa asked us to come to Dodoma on 15 August. He welcomed the joint efforts of and ECLAT to support state schools in the country. Government opportunities are far from sufficient to keep the high number of schools in the country (about 15,000 primary schools and 3,500 secondary schools) in good and acceptable conditions. Not to mention that the number of schools is insufficient due to the rapidly growing number of children. Kazim Majaliwa thanked the people and organizations in Germany on behalf of the Government of Tanzania, who are helping upendo and ECLAT to improve the educational situation in Tanzania and invited us to visit him in his native village in the south of the country. 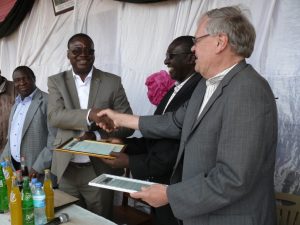 ECLAT is renovating, expanding or building a total of seven primary schools in Tanzania in 2018, four of them in the Simanjiro district. During our project trip in August, we were able to hand over two of these schools to the district government as the operators of the schools: the new primary school in the village of Loiborsoit “A” and the renovated primary school in Kaangala. The Government of Tanzania was represented at the ceremonies by Mr Tixon Nzunda; he is the Deputy State Secretary for School Education in the Office of the President. He also thanked upendo and ECLAT for the support of the schools in Tanzania, as well as the donors in Germany. ECLAT is considered by the state as one of the best cooperating NGOs, also because the organization spends only a small part of the money on administration. But the people also showed their gratitude with traditional gifts such as Maasai jewelry or cloths and even – the most precious gift – a cow (which we neither ate up nor took away). The celebrations at both schools lasted for many hours and have moved us all deeply. They showed us that the population now attaches much more importance to school education than it did just a few years ago. However, that also implies a new challenge, because in the district only an estimated 70% of the children go to school at the moment. The number of schoolchildren will therefore increase significantly.

Two of the women’s groups had decided to buy corn mills from the microcredits granted to them. They want to offer this service in their villages in order to earn an income. The crushing of the hard corn kernels by hand is a hard job, which is why corn mills are widely used in Tanzania by the population. For women, who are traditionally not given their own property in their culture, such a loan is a little revolution. Now they can improve themselves their economic situation and are no longer exclusively dependent on their husbands. Accordingly they received the new mills solemnly and joyfully and with much gratefulness. 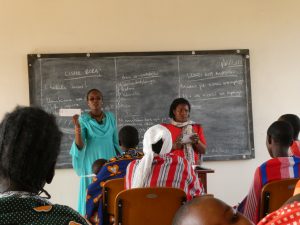 Esther and Beatrice, teachers at the Women’s Center, while teaching on possibilities family planning

Esther and Beatrice, the two teachers at the ECLAT Women’s Studies seminar center, were proud to let us participate in teaching on family planning opportunities with the first women’s group. With infant vaccination now well established in Tanzania, child mortality is comparatively low nowadays, and the Maasai women have growing difficulties in caring for their many children. Upon their request ECLAT has therefore included the topic of family planning in the seminar programme. Women who opt for it can seek advice and treatment from the state health stations in the district. The nurse, who is responsible for family planning, visits ECLAT monthly to supervise the educational work at the seminar center. In fact, the Maasai population is growing very fast, doubling in less than 18 years. Population growth threatens the Maasai’s traditional way of life, as it is increasingly difficult to find new grazing grounds for the growing cattle herds or the additional arable land needed.

For some years we have been observing the work of upendo. In the summer of 2018 we had the opportunity to visit the projects ourselves and to experience the successful work of upendo. Through our journey, we were able to gain an insight into the traditional life of the Maasai. Traditionally a Massai woman has no personal intrinsic value. She stays in the background, is “suspended” with her children and is not allowed to have her own money. To this day, one of her main responsibilities is to take care of the children all on her own. That includes to build a boma (hut) and to get firewood and water often having long ways to go. Most of them have no education.

Thanks to the work of ECLAT many women’s groups have already been founded. A major achievement is the Women’s Center, where Massai women of various ages can now meet for 5-day seminars with the approval of their husbands and tribal elders. We were able to witness how the women expressed their joy and enthusiasm about being together with singing and dancing and were deeply touched in our heart and soul.

Two dedicated teachers teach women about important issues and their personal needs. They teach language, hygiene, nutrition, money management and family planning. Information about contraception must be passed on carefully because the acceptance of the men is still very limited. Children count as wealth, but the population explosion is an increasing problem. Violence in the family is also a serious issue, as is the circumcision of the girls before the wedding. During the seminars women are also taught the value of education so that the number of children attending school increases.

A highlight of our trip was the ceremonial handover of two corn mills to two groups of women with whom they want to earn some money. Caring for others connects women around the world. This needs love, patience, knowledge and money. Now women have the chance to work independently and successfully with it. They can earn money and slowly repay the loan they have made with the surplus. It was a great pleasure for us to celebrate together with the women the handover of the mills.

We have experienced that intensive exchange with Massai women is possible even if one does not use the same language. We could feel how important the visit of women from Europe was to them and that they considered it to be a sign of great esteem.