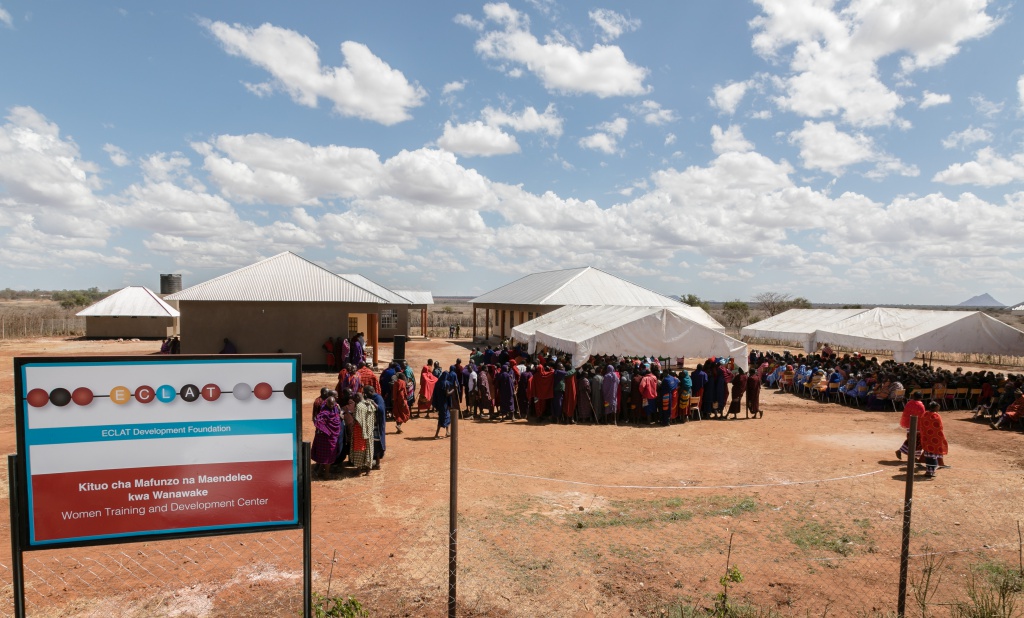 Opening of the Seminar Center for Women 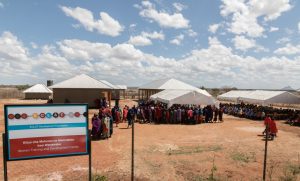 Opening of the seminar center for the women’s groups

After only five months of construction, the new seminar center for women’s work of ECLAT was opened on 5 October 2017. After all, these are five buildings: a dormitory with 30 beds, a wash and toilet house, a cafeteria with kitchen, a building with a classroom and offices, and a residential building for the seminar leaders. Julia Hannig from the German embassy in Dar es Salaam and Sören Hartmann, CEO of the DER Touristik Group, opened the center with a symbolic cut through the cutting line: In addition to the Federal Ministry for Economic Cooperation and Development, DER Touristik had kindly donated the funds for the construction of the center.

In the same week the seminars already started. In the first group thirty women met in the center for one week to discuss their work under the guidance two seminar facilitators: the success and failures of their commercial activities for which they use the granted microcredits, as well as topics related to health, education, parenting, hygiene and family planning. 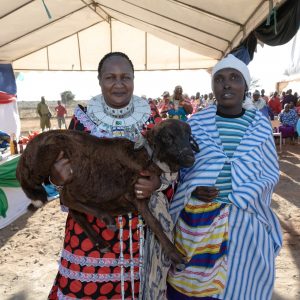 A sheep as token of gratitude: a women`s group handing it over to Philomena, director of women’s work of ECLAT

For a Maasai woman, who usually cannot read and write and usually cannot leave her boma without the consent of her husband, attending a seminar lasting several days is something completely new. So far, few rights have been granted to women; such recognition as attending a seminar had never been experienced. Each week, another seminar is held for another group of women – the seminar center will greatly influence the Maasai culture.

This was already clear at the opening ceremony: the women were allowed to sit in the front under sun protection tarpaulins and on chairs, the men stood behind. And instead of long speeches, the women had requested many dances and songs. So gradually the skeptical faces of the men in the back rows relaxed. At the end of the party everybody stood up, women and men alike, and came forward with bright faces, so as not to miss anything. The quiet revolution has begun. 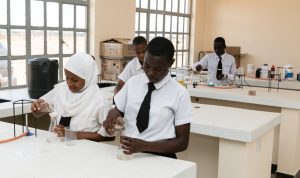 First experiments in the chemistry laboratory of the secondary school

A few days earlier, on September 29, 2017, this year’s graduation ceremony took place at the secondary school in Emboreet. For the first time, high school students were also able to attend, because since July, the first and only upper-level education in the entire district has taken place for 58 students. Guest of honor was once again Joel Bendera, Regional Commissioner of the Manyara Region. In all the speeches, the value of education was addressed and parents were encouraged to send their children to school. The growing number of first graders in primary schools shows that this mission is bearing fruit. As in the past, it has already become a tradition during this celebration: ECLAT and upendo were again able to hand over newly completed buildings to the state as the school’s operator. Thanks to the support of the Welfare and Education Foundation, three natural science laboratories for biology, chemistry and physics have already been built this year and now offer the necessary facilities for introducing students to experimental learning. These laboratories are an integral part of secondary education in Tanzania, especially if the school’s educational focus is scientific and technical as it is the case in Emboreet. 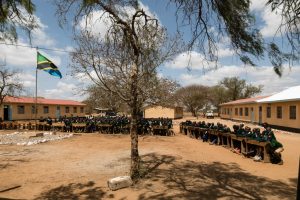 Handover of the refurbished primary school classrooms in Loiborsoit

In the first half of 2017, ECLAT was also able to renovate the classrooms of the elementary schools in Loiborsoit and Narakauo. And thanks to partly new school furniture, the children no longer sit in half-ruined classrooms on broken benches. We also built new toilets for the pupils: the number of latrines was far from being sufficient; many were unusable. The primary school in Emboreet is a boarding school for the far-off children: ECLAT has refurbished the dormitories and refectory here so that the children can be adequately accommodated. The previous 50-year-old buildings had run down and were no longer usable. These circumstances did not motivate the parents to entrust their primary school children to the school – in the end, many children stayed at home. We thank DERPART, DER Touristik, the Erbacher Foundation, Fly & Help and the Schmitz foundations for the financial means that made these renovations possible.