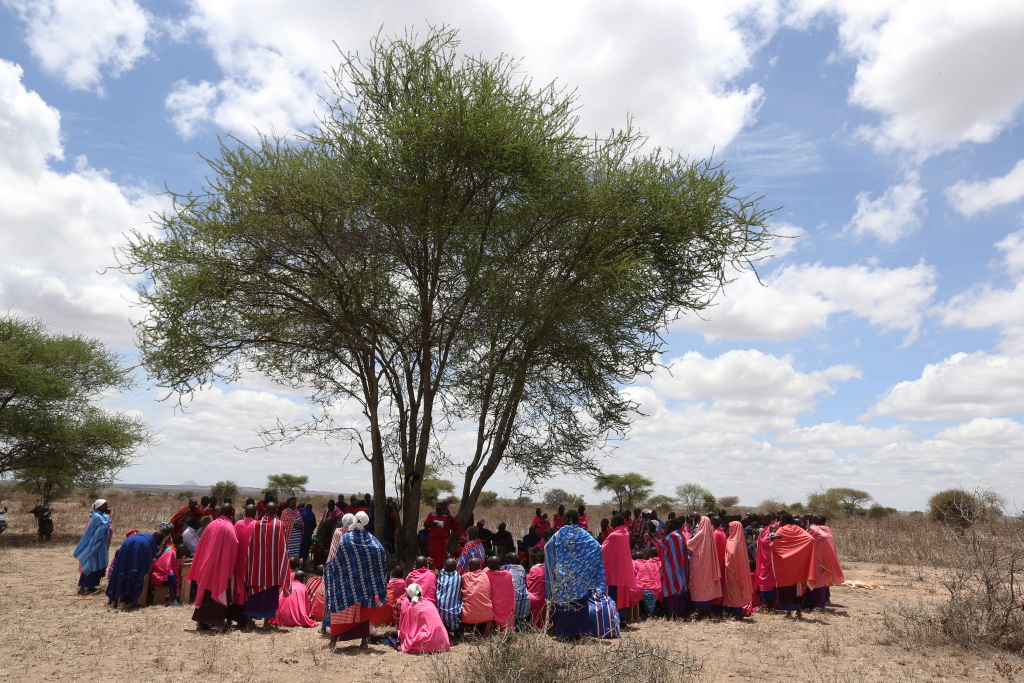 The role of women in the Maasai Society

In the Maasai people, the women live in complete dependence on their husbands` homestead (“Boma”). The Bomas are usually situated far apart, so the women have little opportunity to exchange with other women. Since most of them do not have a school education and there is no way for them to get information, they live a very isolated life. Maasai women have practically no rights. They are married as youngsters and then have to care for themselves and their children.
They are dependent on their husbands many of whom are married to several women. 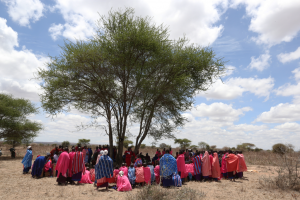 Meeting of a women`s group with Philomena

The work of our partner organization, ECLAT, to strengthen women in the Maasai society is fundamental to the culture of this ethnic group. Philomena Kiroya, head of ECLAT’s women’s work, is herself a Maasai. She has been initiating, coordinating and supervising the women’s groups in the district. Such women`s groups are unusual for the traditional Maasai society. In the meantime, 75 groups with 30 women each have formed (in total more than 2,000 women are included). Each group is officially registered by the state. In a society in which women do not have their own possessions and have to ask their men for permission to meet with other women, the existence of such groups is anything but self-evident. The high number of women’s groups shows the importance women attach to these groups – and how high their expectations are. Philomena visits and looks after the groups in their home villages. Women exchange views on the use of the financial support granted to them (see below), but also on health, hygiene, domestic violence, family planning, and the importance of schooling.

As a rule, the Maasai women hardly have own property. When marrying they must build their own house, for which they have to take care of and in which they later live with their children. The cattle of the husband cover their daily needs and those of their children. Money, even to buy little everyday necessities, e.g. soap, they hardly own. Another aim of ECLAT’s work with women is to make women financially more independent of their husbands. It is about small amounts that they can use personally for themselves and their children. A start-up capital of approximately 850 euros has already been made available to some 45 groups. The women decide together how the money is invested, and buy e.g. several calves. The women look after the calves together until the adult cattle can be sold. In this way the women earn an amount which they can then dispose of themselves to a certain extent. Each year an additional 10 to 12 groups receive such a seed capital: within a few years all groups will receive such support.

Change not without the men

The changes in the self-awareness of women and their social position also affect men. ECLAT makes sure that the men do not feel betrayed, but witness what is being discussed in the groups of women, what experiences the women make with their money and that they also exchange their ideas on children and their education. Naturally, in some cases ECLAT had to intervene and together with the tribal elders had to de-escalate emerging conflicts with some of the husbands, a task easily managed by Toima Kiroya, head of ECLAT, since he is an educated Maasai, who is committed to his people and has experience in political leadership.

Construction of a seminar center 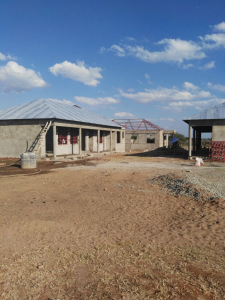 The entire seminar center was built in just a few months

ECLAT has built a seminar center for the women’s groups in Emboreet in recent months in order to further intensify women’s promotion. So far, the women had only come together occasionally and for a few hours somewhere in the village, and their conversations were mainly concerned with the financial support they had been given and the experiences they had made with them. In the new, simple seminar center, the 30 women in each group will be able to step out of their everyday lives for a few days. The seminars will be held under the guidance of trained seminar leaders and last 4 to 5 days. The period for the seminars is such that the women will be able to accommodate their children during this time in their large families or among the other women of their husbands, and thus be able to attend the seminar. During these seminar days they shall be provided with an opportunity to exchange experiences and ideas within the group undisturbed by other obligations Joint work such as cooking strengthens the group’s cohesion.

Effects of the seminar center

The seminar center will become a contact point for the women and their groups and will support this part of ECLAT’s work massively. In the center, the women groups are trained intensively for several days instead of hourly occasional specialist training. This will further strengthen their self-awareness and help them to expand and improve their economic activities. The seminars directly and indirectly point to the value of education, and therefore, more than before, the women will make sure that their children, especially the girls, attend school. The illiteracy rate will drop. The seminars, where no men or children are present, offer an intimate framework for discussions about family planning. Even if birth control is not possible without the men, this is a first step in bringing the issue into the Maasai society. 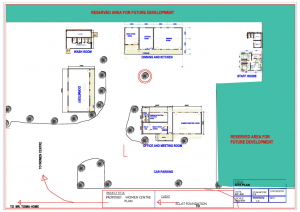 Map of the buildings for the seminar center

The seminar center will strongly influence the Maasai culture. Up to only very few rights have been conceded to women, and the population is doubling in less than 18 years. Compared with the past a strengthening of the position of women in relation to men will lead to increased economic activity, better education of women and girls, and a decline in the birth rate. These changes will substantially change the living conditions of the Maasai society and help them out of their poverty and backwardness. This is an important development step because the ethnic group of the Maasai is at present threatened by backwardness, illiteracy, population growth and overgrazing of the steppe.