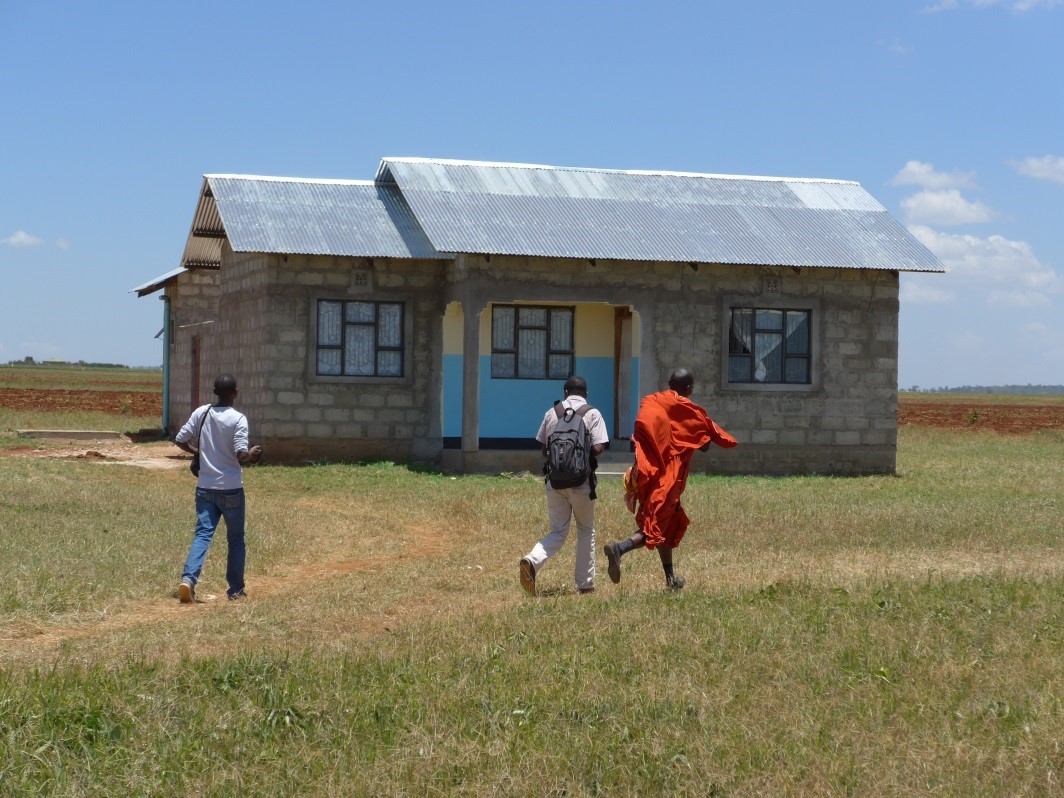 Construction of a Secondary School: Co-operation instead of freebies 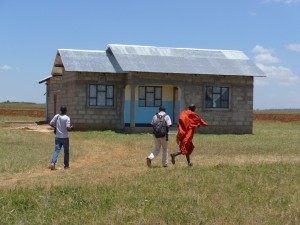 Residential Home of the Secondary School Headmaster in Emboreet (February 2015)

They must not get the impression that it is us who devise a project from A to Z and then present the complete plan. Therefore when the secondary school was built we pointed out over and over again that we can build the school only in a joint mutual effort. And that if they would contribute their share we would try to help with the quick completion of the construction. This is true for the Tanzanian government, which is responsible for the country`s schools, but also for the communities and their bodies. Visiting Emboreet in February this year we were surprised and pleased to find a newly constructed building on the school campus which had been erected by the state in only a few months and the headmaster had already moved into the dwelling house. (Since there are now rental apartments in the surrounding villages the construction of dwelling houses for teachers is part of establishing a school.) This is a clear sign that the state keeps its promise to contribute to the construction of the school. To point out their share in the responsibilities is the reason why I ask to invite high ranked politic representatives to be invited to graduations from Emboreet secondary school. Presently the state constructs another building, a natural science laboratory.

But also the community has shown that it wants to contribute to establishing the school according to their resources. Last year it started with the construction of a dormitory for boys. The works make only slow progress and are not yet completed, nevertheless the signal are clear: we participate with what we can do and together we will manage to establish a secondary school in Emboreet.

Women`s Projects: Cooperation instead of Mystery-Mongering

The role and position of women in Maasai society is not easy to understand for Europeans. Women do not own anything and have basically no rights, most of them undergo a forced marriage and are completely dependent on their husbands, who usually have several wives.

With the financial and consultative assistance of the Belgian Embassy Philomena Kiroya, as reported earlier, started a few years ago to initiate women`s groups in the surrounding villages and to provide them with small grants and some guidance. This is all but evident in a society, in which women have no possessions and have to ask their husbands for permission to meet with other women. The high number of newly established groups shows the high relevance with which the women associate the groups and their high expectations. 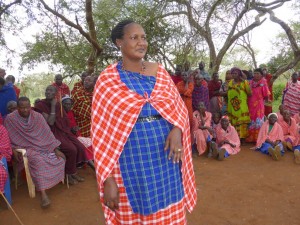 Philomena and Toima take great care not to exclude men from the meetings of the women`s groups since changes in the awareness of women and their position in society also affect men. Only if these have the opportunity to witness which subjects are discussed in the women`s groups, what the experiences are the women make with their “micro credits” and that children and their upbringing are definitely part of the exchange, the men will not feel tricked. Naturally there were some cases where Toima together with the tribal elder had to solve conflicts with men – a task he as an educated Maasai who is committed to his tribe easily manages.

It is not rare that the men envy the women and surely the financial support which the first 20 groups have received. They repeatedly ask to initiate men`s groups
as well. In February while visiting a women`s group I was pleased with an old man who against all conventions disturbed a speech and loudly pronounced his opinion that he considered these women initiatives as very important and appropriate for his people.

National and Wildlife Parks: Cooperation instead of Confrontation

Along the borders of the national and wildlife parks people life in confrontation with aspects of wildlife and nature protection. Only if their existence is not threatened by the wild animals and only if they profit from the tourism related to the parks are they willing to accept and support the concept of nature protection. The (PAMS Foundation) works in this field of conflict between parks and neighboring population in Tanzania. Thanks to the support of tier3 solutions GmbH upendo was able to enable PAMS to realize such a project at the borders of Ruaha national park. The participating farmers learnt about the cultivation of chili plants and the usage of chili pods to soak cloths in order to hang these over ropes along the borders of their fields. During harvest time elephant herds come from the close by Ruaha park to their villages in order to harvest the fields – and that means starvation for the people.
But elephants do not like chili, they avoid the chili soaked cloths and so the fields are spared from devastation. Those farmers who were skeptical at the beginning and did not participate in the project nare now eager to also learn about this method.

Also the Maasai in their villages around Emboreet suffer from the wild animals which come from the close by Tarangire national park into their region. The problem is not the competition of their cattle with grazing animals such as zebras or gazelles but the predators such as lions and hyenas which kill cattle and goats. “Chili fences” are of no use against this problem but we are in touch with the PAMS Foundation to find out about possible means to sustainably support the concept of wildlife and nature protection. 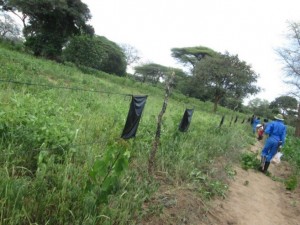 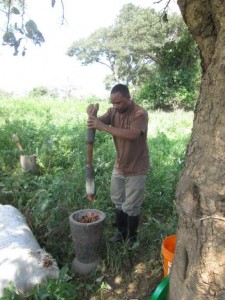