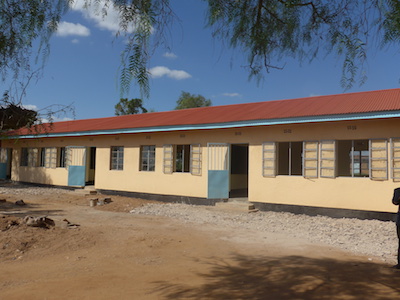 The primary school in Emboreet made a miserable impression on our first visit in 2015. The school was built in 1956 by the Catholic Church. At that time it was the first school in the Simanjiro district. In 1972 she was transferred to the state after independence as “Simanjiro Primary School”. Since then, practically nothing has been repaired or renovated at the school.

The school is run as a day school for the children living in the village and the children in the vicinity, as a boarding school for the children from the distant villages. Of the then 566 students (328 boys and 238 girls) of the school only about 60% attended the lessons. The parents took their children out of school especially in the cool season and did not bring them back, mainly because the dormitories were in a dreadful condition: the window glasses were missing or broken (the area is more than 1000 m above NN and it gets cold at night). The floor had big and deep holes, the walls as well. Many of the bunk beds were damaged and no longer usable, the mattresses partially literally shredded. The remaining beds were intact, but their number was not enough, so sometimes three children had to sleep in one bed. There were no blankets to cover, but chickens that came into the rooms through the open windows and doors and soiled the beds. The classrooms were neglected: small and large holes in the walls and in the floor, a few school desks, some of them no longer usable, almost all windowpanes broken or missing. In the cafeteria there were neither tables nor chairs. The cooking ovens were operated with firewood, but were broken on the outside. The chimney had a hole of half a meter in diameter on the outside wall so that one could look into the stoves from the outside. The homes of the teachers were in a similar state.

There are nine classrooms at the school and ten teachers (six of whom are female teachers), none of whom understand English, nor does the headmistress. Seven of the classrooms had an urgent need for renovation: in a first renovation phase in 2016, we decided to rebuild these classrooms: cracks were plastered, walls reinforced, the leaky roof repaired, windows and doors repaired, the floors repaired, and so on. Not all school benches could be repaired, so we also had to buy new school benches.

We thank DER Touristik and Fly & Help for the financial support of this project. 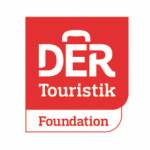 With approx 9,400 employees, 7.7 million guests and a global network of agencies, DER Touristik is present almost everywhere in the world. This global presence entails a responsibility towards the environment and people. With the initiative "DER Welt verpflichtet - DER Bildung ein Zuhause geben" DER Touristik is actively involved in environmental protection as well as in numerous social projects. 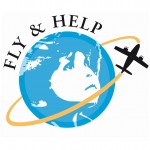 The main objective of our foundation “Reiner Meutsch Stiftung FLY & HELP”is the promotion of education. With the help of donations new schools are build in developing countries. FLY & HELP supports the projects of upendo.